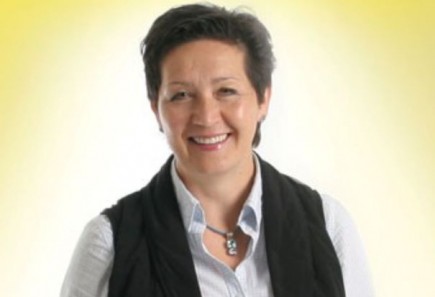 Dr. Svetlana Masgutova developed a strong interest in reflex maturation and development during her university education in Russia. This fascination became the motivation for her graduate thesis, "Unconditioned reflexes, unconscious processes and personality perception". Dr. Masgutova's investigation led her to study the work of reflex and development pioneers such as I. Sechenov, I. Pavlov, C. Sherrington, L. Vygotsky, A. Luria, and A. Leontyev, and A. Uznadze. whom she now attributes as providing the theoretical basis of the Masgutova Neurosensorimotor Reflex Integration (MNRI®) Method.

The knowledge base Dr. Masgutova accessed through her education and in her later studies is not only broad, spanning from physiology, neurology, and psychology to audiology, ophthalmology/neuro-optometry, and more, but also deep, as she drew from resources ahead of their time, with most making notable breakthroughs in and out of their respective fields during their lifetimes. As a Russian student, Dr. Masgutova not only had access to information from the broader world arena, but she also had access to research that, until recently, was available only in Russia. This made her investigation of the subject of reflexes far more comprehensive.

The other source for the development of the MNRI® Program was Dr. Masgutova's extensive experience with post-traumatic stress disorder (PTSD) working with victims of the Chernobyl disaster (1986-1996), the Baku conflict (1990-1991), the earthquake in Armenia (1989-1999), the train crash in Ufa (1989), the Chechen War (1996-1999), conflicts in Israel (2001-2005) and other traumatic situations. Her work with PTSD became the foundation of the MNRI® Program, opening resources for survival and beyond, including her work with MNRI® Team using Reflex Integration PTSD Protocol with individuals who experienced shooting trauma in USA in Newtown (2013-2014) and Orlando Night Club (2016), flood catastrophe in Louisiana (2016), typhoon and earthquake in the Philippines.

Dr. Masgutova has held true to her promise to make the study of reflexes the focus of her life work. In 2020, she transformed this study into the broader context of higher education, and established The Masgutova Graduate School, offering online and on-campus courses leading to a Master of Science.